Let’s face it, there are a gazillion coffee drink variations i.e. all the various kinds of coffee in existence. You have espresso, cappuccino, macchiato, Americano, latte, mocha and the list goes on. And this is where people often get lost, especially when it comes to mocha and latte. Okay, they share the same main ingredient – coffee. But what’s the difference between mocha and latte coffee drinks, for real?

The primary difference between a caffe latte and mocha is that mocha includes chocolate, while latte doesn’t.

Other than that these two coffee drinks are quite identical.

Now, the latte is made of espresso, steamed milk and milk foam it’s typically served in 8-oz cups.

However, mocha is made of espresso, chocolate, a bit of steamed milk and foamy milk on top.

And apart from the chocolate, the other difference between the two is the contrast in the amount of steamed milk used.

Latte simply relies on much more steamed milk than mocha.

As you can see, mocha is going to be more appealing to those of you who prefer coffee that’s sweeter.

Latte, on the other hand, would be more suitable for coffee purists or just people who prefer a more diluted version of the regular espresso.

Regardless, I’m sure that you’d like to know more about latte and mocha and how exactly they’re made – so read on!

What Exactly is a Latte And How is it Made?

Latte or caffè latte (in Italian) is a traditional espresso-based Italian coffee drink.

It consists of two main ingredients – espresso and steamed milk, plus a dash of foamy milk on top of course.

Actually, mixing coffee and milk has been around in Europe since the 17th century so it’s no wonder that latte originates from Italy.

And although most of us know caffè latte as simply ‘latte’, it’s known under a different name in certain regions.

For instance, in the northern parts of Europe (think Scandinavia), espresso with milk (i.e. latte) is known as café au lait.

Anyway, the components required for making it remain the same – espresso, steamed milk and milk foam.

How Is Caffe Latte Made Though?

A standard cup (8 oz) of caffe latte consists of the following ingredients:

Obviously, your local barista may or may not include foamy milk on top of your caffe latte.

Most of the time latte is served with foam on top, although it seems that this is not a must in some cafeterias.

They may simply use milk that’s slightly foamier than usual (by using a milk frother).

Nonetheless, the proportions are what really matters here!

The espresso-to-milk ratio of latte can be anywhere between 1 to 3, going all the way up to a ratio of 1 to 9 (espresso to milk).

This makes for a diluted espresso-based drink that still provides a caffeine kick, albeit weaker than pure espresso.

What Exactly is a Mocha And How is it Made?

Mocha, caffè mocha, mochaccino or mochaccino (they’re all the same thing) is a variation of latte.

I’m going to surprise you now but mocha is the Americanized version of the Bicerin coffee drink that hails from Italy.

In fact, Bicerin consists of espresso, liquid chocolate and whole milk in a layered fashion.

But Americans decided to do away with the layers and went for a more straightforward approach – cafe mocha.

The name mocha can also be associated with mocha beans.

This is a particular type of coffee beans originating from the port city of Mocha, at the cost of the Red Sea.

And in case you skipped your geography classes, Mocha (or port of Mokha) is a city in Yemen.

Which is a country located in Western Asia, in the southern part of the Arabian Peninsula.

It’s also worth pointing out that mocha beans are part of the Arabica coffee species.

How Is Caffe Mocha Made Though?

Since it’s pretty much a latte with chocolate, here’s how mocha is prepared:

Again, except to come across slight variations depending on where you buy your mocha from.

For instance, your local baristas might top your mocha with whipped cream instead of foamy milk, while others might not even put anything on top of the steamed milk.

If anything, the milk foam on top of the Caffe mocha is simply meant to add more visual drama.

It’s not so much about taste since it’s only a thin layer of foamy milk.

Is a Latte Or Mocha Stronger?

Mocha is hands down the stronger coffee drink. Although both mocha and latte have the same amount of espresso, the amount of steamed milk used differs greatly.

In fact, caffe latte is made with much more milk in comparison to caffe mocha.

Latte generally uses espresso to milk ratio of 1 to 3 or more (even 1 to 9), while mocha is made only with a bit of steamed milk (around 2 oz).

And this folks, makes all the difference in terms of strength.

Mocha is much more concentrated as the amount of espresso used is almost identical to the chocolate and milk content.

Latte though is milk-galore, making it much more diluted.

So, if you prefer a more potent (and sweeter) coffee drink go with mocha.

And if you prefer a more creamy and velvety flavor, try a latte.

Which Is Sweeter – Latte Or Mocha?

Mocha, without a shadow of a doubt.

Why? Quite simply – because there’s chocolate in it!

While caffe latte is very milky, creamy and smooth, it’s just miles away from Caffe mocha in terms of sweetness.

But I’m obviously referring to traditional latte and mocha here.

Some unorthodox latte variations that add syrups, sweetened whipped cream and other sweeteners and would obviously be quite sweet.

But generally speaking, mocha is sweeter than latte any day.

And it doesn’t really matter what kind of chocolate is used for making the caffe mocha.

Whether it’s made with milk chocolate, chocolate syrup, cocoa or even dark chocolate (although that’s more bitter).

Remember – mocha will always be sweeter than caffe latte.

Is Latte Stronger Than Regular Coffee?

No, although it depends on what you mean by “regular coffee”.

If you mean drip coffee with cream/milk and sugar, then yeah – the regular coffee would most likely be stronger than a caffe latte.

That’s because latte is made with a lot of steamed milk, which dilutes the coffee, thus taking away some of its potency i.e. strength (not caffeine amount).

But all of this is relevant when it comes to taste and flavor.

If by the strength we mean the caffeine amount i.e. caffeine kick, then it’s a whole different story.

Still, regular drip coffee will most likely also have more caffeine than a latte!

Although espresso has a higher caffeine amount than drip coffee (gram for gram), regular drip coffee servings are generally much larger: 10-12 oz vs 1-2 oz (single or double shot) for espresso!

However, a typical 10-oz cup of drip coffee will contain around 100 mg of caffeine.

Sure, espresso is much more potent than drip coffee if the serving sizes are the same.

Otherwise, it’s safe to say that regular coffee would probably be stronger than a latte.

What Is The Difference Between A Latte And Macchiato?

The only difference is that there’s no milk in the traditional (Italian) macchiato.

Macchiato is simply espresso with a dollop of milk foam on top, while a latte is made of espresso, plenty of steamed milk and a thin layer of milk foam.

Or in other words, a latte is a much more diluted version of macchiato.

And although these two coffee drinks are quite similar, the easiest way to tell the difference between the two is, well, by looking at them!

Latte is much lighter (the coffee and milk have blended well) and there’s just more of it (lots of milk), while macchiato is way darker with a tiny bit of milk foam on top.

What About Latte Macchiato – Is That Something In-Between A Caffe Latte And Caffe Macchiato?

Yep, latte macchiato is macchiato with milk, in addition to the dash of milk foam on top.

Another distinctive feature of the latte macchiato is the order of the ingredients.

Steamed milk is added first and it’s then marked with a shot of espresso and a tiny bit of milk foam.

This gives it a distinctive layered look and it’s also served in taller (preferably glass) cups.

What Is The Difference Between A Latte And A Cappuccino?

The amount of milk used.

Other than that, the ingredients of latte and cappuccino are exactly the same.

That’s also the reason why lattes are generally served in bigger, taller cups.

All of this means that cappuccino is quite a bit stronger than latte.

Actually, cappuccino is one of the stronger espresso-based drinks, although it’s weaker than macchiato and espresso itself.

But if you can read more about the difference between coffee latte and cappuccino in another article of mine.

What About The Difference Between Mocha And Mocha Latte – Is There Actually A Difference?

Some people incorrectly assume that mocha and mocha latte are two different coffee drinks because they have different names.

But that’s just not true since mocha is nothing but a type of latte drink.

But for convenience reasons most people refer to it as simply ‘mocha’.

For example, it doesn’t matter whether you order a mocha or mocha latte in Starbucks.

It’s essentially the same coffee drink that the barista will make for you.

Mochaccino vs Mocha – Are They Same Thing?

Yes, mocha and mochaccino are the same drink i.e. made with espresso, chocolate, milk and milk foam.

However, you may argue that they’re not exactly the same and you might have a point.

That’s because in certain parts of the world mochaccino might stand for a slightly different drink.

For this reason, we can also say that even though the general understanding is that mocha and mochaccino are all the same.

But here’s how to differentiate them if you ever need to (e.g. if you live in Australia):

Or, you can even say that mocha is a latte-based drink, while mochaccino is cappuccino-based.

Still, the main difference between cappuccino and mocha is the addition of chocolate in the latter anyway.

And unless you live in Australia, they’re the same thing!

So, to sum things up – latte and mocha are quite identical as mocha is based on latte.

However, latte uses much more steamed milk, while mocha is made with chocolate.

Other than that, they both have espresso, steamed milk (latte has much more) and milk foam on top.

Which one do you prefer though – are you a fan of latte’s creamy and smooth flavor or do you fancy the sweeter mocha drink?

Leave your answer in the comments below! 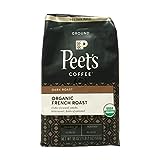