Picture this: You’re walking up to the barista at the local coffee shop, deciding what to order. You ask for the summertime special menu and are presented with two options: cold brew and iced coffee. Both drinks are cold. Both contain caffeine. Both contain coffee. So, what’s the difference between cold brew vs iced coffee?

While either drink is excellent in its own right, it is important to understand what makes each one so unique.

This way you can choose the drink that works best for you!

What is Iced Coffee?

Iced coffee is a simple, straightforward drink that consists of two primary ingredients: ice and coffee.

This makes it dead easy to use as well since all you need to do is:

However, some people feel like this mixing method waters down the iced coffee a bit too much.

Luckily, there is an alternative way of making iced coffee that results in a stronger drink.

The alternative method for a stronger drink requires the amount of ground coffee than what you’d normally use when preparing iced coffee.

Once you’ve increased the coffee concentration, feel free to brew the coffee using your preferred brewing method (it has to be hot though).

Both the regular and alternative methods work, so the one you choose solely depends upon your personal preferences. 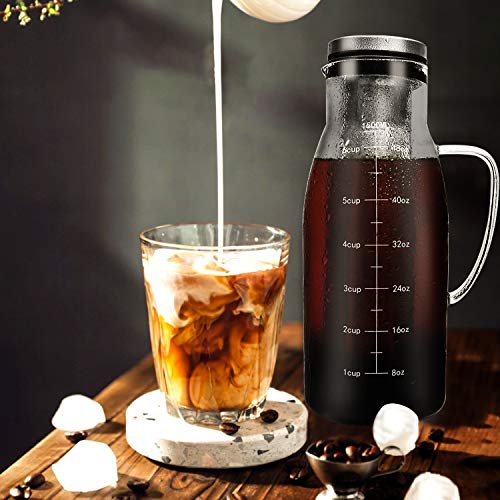 What is Cold Brew?

Cold brew is a brewing method that involves steeping coarsely ground coffee in cold or room temperature water for 12 to 18 hours and the final result is the popular cold brew coffee drink.

Note that cold brew coffee is not as straightforward as its iced counterpart, due to requiring much more time to make.

This drink’s brewing process is significantly more demanding but results in remarkable flavor and texture that’s far superior to what iced coffee offers.

The entire cold brew process can be summarized in 3 steps:

First and foremost, the coarse-ground coffee is steeped in cold/room temperature water for anywhere between 12-18 hours to create the perfect cold brew.

How long you leave the coffee to sit depends on how strong you want the final drink to be i.e. the longer the steeping, the stronger the drink.

But if you’re planning on serving it with plenty of ice, it’s better to let the coffee sit for longer during the steeping process.

This will help combat any flavor dilutions caused by the ice, which is the main issue with iced coffee.

And once the coffee is done steeping, the grounds need to be filtered out.

This will result in a coffee concentrate that can then be used to curate the final drink, which has to be mixed with water (or even milk) as per your taste.

Just don’t forget to dilute the cold brew concentrate as that thing is super strong and you definitely don’t want to drink it in its raw form!

Cold brew is not as acidic or bitter as iced coffee because it uses a time-based process to extract the coffee’s natural compounds (like oils, sugars and caffeine).

Don’t forget that cold brew coffee is never made using heat, which is in direct contrast to iced coffee.

Is Cold Brew Better for You Than Iced Coffee?

Yes, it can be if you’re someone who suffers from a sensitive stomach because then it might be better for you to opt for a cold brew instead of iced coffee.

Not only that but there are several great cold brew coffee benefits ranging from a potential boost to your metabolism to possibly lifting your mood.

When talking in terms of acidity, cold brew is not as acidic as its iced counterpart.

The difference in these acidity levels is a direct result of how each coffee beverage is brewed.

Remember that although both drinks are served cold, they are brewed using completely different temperatures (cold or room temperature vs hot).

When coffee is brewed in hot water (heat-based method), it can taste highly acidic.

Cold-brewed coffee uses a time-based method with little to no additional heat.

As a result, the coffee’s natural organic acids do not transfer into the final concentrate as strongly as they do during the heat-based method.

However, if you’re keen on reducing your caffeine intake, then you may want to opt for iced coffee as it contains less caffeine than cold brew java.

The irony is that the same brewing process that leads to a greater amount of acid within iced coffee also results in a lower caffeine concentration.

While caffeine is an excellent stimulant, it can sometimes raise your energy levels to unhealthy levels and you have to consume moderate amounts of this natural stimulant (trust us).

As a result, you may have trouble falling asleep or you can even develop a caffeine dependency as regular use causes a mild dependence.

So, if you’d like to reduce the amount of caffeine entering your body (without cutting it completely), it’s better to opt for iced coffee instead of cold brew. Why Does Cold Brew Cost More Than Iced Coffee?

It costs more because the cold brew process is much more complex than making a cup of iced coffee.

The latter is a matter of a mere few minutes, while the former takes anywhere between 12 to 18 hours for best results.

In other words, iced coffee can be made almost instantaneously, but preparing a cold brew will take you many, many hours and plenty of patience.

And you know what they say, time is money.

On the other hand, iced coffee asks for just two teaspoons of ground coffee per cup of hot water.

This difference in the amount of coffee used can hike the price of a cup of cold brew as opposed to the same amount of iced coffee. Which is Easier to Store: Cold Brew or Iced Coffee?

Cold brew coffee is easier to store as it can last up to 2 full weeks when not dilute (in its concentrate form).

While storing iced coffee isn’t a great idea as it’s best when served and consumed immediately.

This drink contains a bed of ice that’s bound to eventually melt unless you freeze it.

However, freezing your iced coffee and drinking it once it has thawed can destroy the drink’s original flavor.

Cold brew, on the other hand, can be stored as a concentrate that lasts much longer.

Homemade cold brew may last up to two whole weeks if stored in the fridge, whereas iced coffee will only last for a few hours at most.

Storing cold brew concentrate also allows you to create a diluted version of the drink to enjoy whenever you feel like it.

So, as you can see, cold brew definitely stores better than iced coffee.

So, to recap the main differences between these two drinks:

The main difference is that cold brew is made using cold or room temperature water, while iced coffee is prepared with regular hot brewed coffee.

On top of that, cold brew contains a higher amount of caffeine than iced coffee and it’s also less bitter and acidic.

And cold brew coffee is also richer in terms of taste but it might come off as too strong for some people.

Sure, both iced coffee and cold brew can be fun and delicious drinks to enjoy, especially during the summer when you’re probably keen on beating the heat.

But cold brew is better suited to people who enjoy a smoother coffee texture, while iced coffee contains less caffeine, making it ideal for those who struggle with sleep.

Lastly, both drinks offer unique perks and are quite different, so whichever one you choose is entirely up to you.

Now, are you a fan of cold brew or do you prefer good old iced coffee? 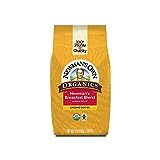 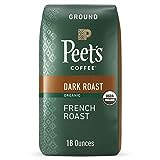