Ever heard of Lavazza? Though so. Well, they have their own line of office coffee makers called Flavia. But with a seemingly sub-par reputation and obviously not among the best coffee makers for home use, is it even worth buying a Flavia coffee machine?

Yes, buying a Flavia brewer can make sense, especially if you’re looking for a machine that can brew java for more people.

But you have to keep in mind that even though the Flavia coffee makers are supposed to be quality, office-friendly units, their associated user ratings are far from promising.

And while this coffee maker is considered the top-rated product of the Flavia brand according to most users, it still doesn’t have a flashy rating.

However, we’re going to take a more detailed look at the Flavia Fusion unit later on.

Now we’re going to examine each ‘real’ Flavia coffeemaker and what ratings they have! 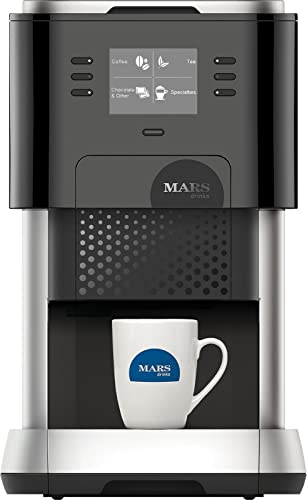 How Good Is The Flavia Coffee Machine C500?

It’s decent but it obviously could be better, according to the associated ratings. The Flavia Creation 500  coffee brewer is far from popular among coffee lovers and it shows.

Honestly, the real lack of user reviews supports that, while the sub-par ratings don’t do the Flavia any favor.

Anyhow, let’s take a look at what kind of features the Flavia C500 offers.

And since it targets large office areas, we’re starting with dimensions and weight:

As for the general convenience of this Flavia unit, we’re glad to report that it’s pretty convenient.

This coffee maker is portable and can be placed in just about any place in an office or home environment.

That’s because it comes with plumbed-in and pour-over options.

Since the manufacturer claims that the Flavia C500 is ideal for officess with over 50 workers, it also supports 3 different languagues – English,  Spanish and French!

Now, keep in mind that the Flavia Creation 500 brewer is far from cheap.

Although it most likely won’t be considered expensive if it’ll serve over 50 employees.

However, your wallet will definitely feel much lighter if you’re buying it for 1 person – you.

Indeed, you may choose between several different brew sizes:

Keep in mind that the Over Ice cup size is supposed to be used if you want to brew your coffee over ice, obviously!

Also, adding to the convenience factor is the fact that each brewing session takes less than 1 minute.

Thus, if you’re in a 50+ people office, this means that you won’t have to wait for ages just to grab a hot cup of coffee.

There’s also a removable drip tray because this coffee machine works with pods only.

And last but not least, you’re getting a patented brewing technique to eliminate any flavor cross-over between brewing sessions. 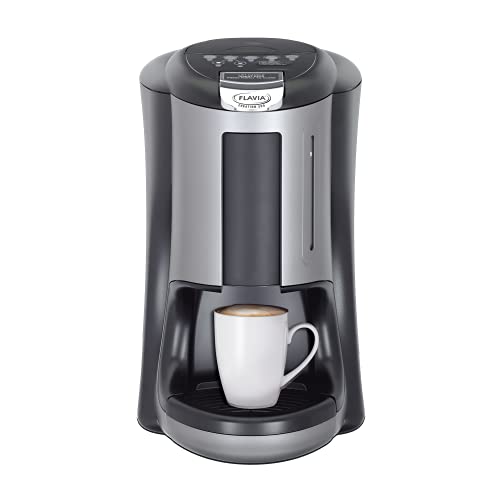 How to use a Flavia Coffee Machine with Clear Instructions

Is The Flavia Creation 200 Any Better Though?

That’s hard to say, but at least it’s cheaper!

In fact, the Flavia Creation 200  coffee brewer is about 3 times cheaper than the Creation 500 equivalent.

They’re also quite similar ratings-wise since both have sort of a “meh” ratings.

But there’s also one key difference between the two – the number of people (read employees) that it can make coffee for.

The Creation 200 coffeemaker is ideal for mid-size offices of 15 workers max. In contrast, the Creation 500 unit is suitable for large 50+ people offices!

Other than that, they both share pretty identical features and functions.

The C200 is also easy to use and has the ability to brew coffee in around 40 to 60 seconds i.e. less than a minute.

It also brews a single cup at a time for maximum efficiency and less mess.

Besides, since it’s designed to be used in smaller offices, it’s more compact as well.

These are the dimensions and weight of the Creation 200 brewer:

Last but not least, there are two cup size options to choose from:

Keep in mind that the Over Ice option should be used when you want to pour your coffee over ice, logically! 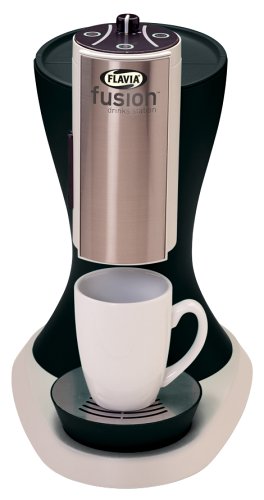 What About The Flavia Fusion Coffee Machine – That’s The Best-Rated Flavia Unit, Right?

Yes, the Flavia J10NBK Fusion  is typically considered the top-rated Flavia brewer out there.

But don’t assume that it has a stellar rating, because, like other Flavia products, it’s pretty mediocre.

And just like them, it’s not very popular either.

During my research for this coffee machine, I found that more than half of the customers don’t think that this is a brilliant product…

And no, this isn’t a typical coffee maker! The Flavia Fusion is simply a single-serve brewing station that happens to brew coffee as well.

Nonetheless, this brewer does come with a few neat features like a brew-by-pack system for easier brewing.

Also, you’re also getting a charcoal water filter inside to improve the taste of whatever drink you decide to brew.

Sure, this machine can brew more than 30 different drinks (including coffee) and that’s awesome.

But when your top-rated product isn’t even a pure coffee brewer, that doesn’t speak well about your specialized coffee makers. 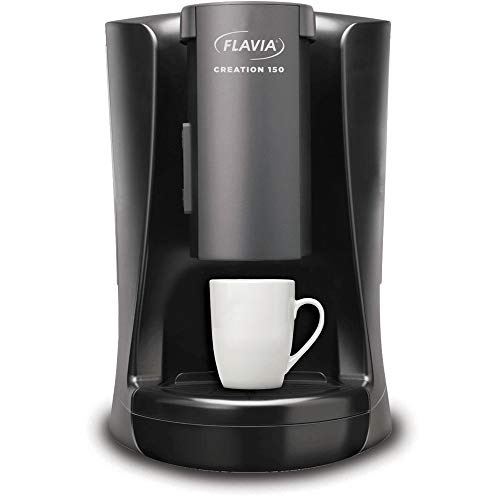 Is The Flavia Creation 150 The Smallest Flavia Brewer Then?

Yes, the Flavia Creation 150  coffee maker is the smallest and most compact of all Flavia brewers.

It’s intended to be used in small offices or meeting rooms with only a handful of people.

This also makes it the most home-friendly Flavia Creation coffee maker.

On top of that, it utilizes a very compact design, signifying its counter-top nature.

Actually, here are the dimensions and the weight of the C150:

Honestly, these compact dimensions make this portable coffeemaker just about ideal for home use too.

Regardless, personally I’ll probably never spend my money on this coffee maker.

Regardless, it does come with all the bells and whistles of its bigger siblings, such as:

And one of the most useful features of the Creation 150 brewer are the other drinks that it can make.

Apart from cappuccino or latte, you can also brew hot chocolate and tea, making it quite versatile!

Here’s how to properly clean and maintain your Flavia coffee maker in X easy steps:

Sure, Flavia units might not be the easiest coffee makers to clean, but these steps are easy to follow.

Also, keep in mind that these steps are pretty much universal for all Flavia brewers.

So, whether you’re using a Flavia Creation 400 or Creation 500 machine, you can use the exact same steps to properly clean it!

How To Fix The Dreaded Flavia Coffee Machine Error 328!?

The scary 328 error code shows up when there’s a fresh pack stuck in it.

Here’s how to fix it:

However, if for some reason the error message persists, you can contact the manufacturer or simply call 1-877-273-5812.

Although I really doubt that you’ll have to since the steps above should fix your problem.

Still, your Flavia might have a mind of its own and then you’ll need to get in touch with the manufacturer itself!

Where Can You Find Flavia Coffee Machine Repairs?

There are service centers that can repair your Flavia coffee machine, both in the US and the UK.

And here are two companies that offer such repair services, based on their location:

Before you do anything though, my advice would be to contact the repair service company or send them an inquiry.

However, even if the aforementioned companies do repair Flavia machines, you have to make sure that they can repair your particular Flavia brewer.

Buying a Flavia coffee brewer can certainly make sense, mainly if you’re going to use it in an office environment and if you want good-tasting coffee.

But as we already mentioned, the user ratings for Flavia machines are generally not very good and these brewers are not very cheap either!

So you’d probably be better off just going for one of the proven and reputable coffee makers like the classic Keurig K55 .

What do you think about Flavia coffee machines though – do you like them or not?

Feel free to let us know by dropping a comment below!