Even though the Keurig coffee machines are arguably the most popular ones out there, Hamilton Beach units aren’t too far off in terms of popularity. And since their portfolio is quite extensive, you’re probably wondering what is the best Hamilton Beach coffee maker? 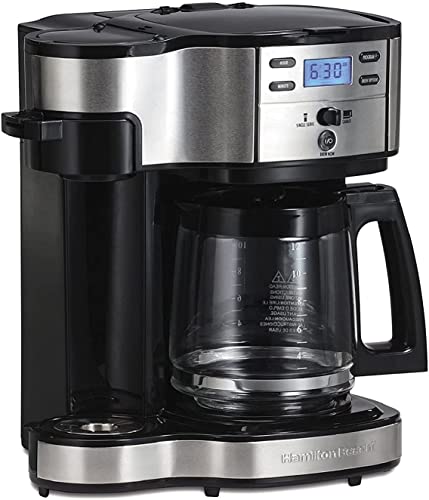 Well, based on the overall user rating, price, quality and features, the Hamilton Beach 49980A single-serve coffee maker  is the most optimal choice.

It has a superb rating based on thousands of customer reviews and a solid reputation, while also being decently priced.

And even if it’s been around for several years now, this Hamilton Beach coffee maker is up to date with the latest tech.

Besides, it comes with a few pretty useful features, but more on that in a bit!

Note that I’ll do my best to be as insightful as humanly possible because everything points out to the fact that the 49980A Hamilton Beach unit is indeed their best coffee maker to date!

Because it offers the most optimal quality-price-ratio and it’s also the top-rated Hamilton Beach unit.

Although the 49980A doesn’t have all that many bells and whistles, it has all the right ingredients for the perfect single-serve coffee machine.

1. It Has a Top-Notch User Rating

Indeed, this coffee machine has been reviewed by thousands of users and the vast majority of them gave it a maximum rating.

And to be honest, this is truly spectacular for any coffee maker out there, not just Hamilton Beach brewers that are traditionally rated highly.

People also seem to rate highly the versatility and easy-to-clean aspects of this coffee brewer as well.

This coffee machine doesn’t cost a fortune since there are a handful of other coffee machines by Hamilton Beach that are more expensive.

But the Hamilton Beach 49980A is rather decently priced.

And when you consider how many coffee makers out there are much more expensive, it becomes evident why this brewer is so popular.

3. It Comes With a Bunch of Awesome and Convenient Features

Regardless of the fact that this is a pretty straightforward single serve coffee machine (and a pretty good one at that), it still has several neat functions.

Firstly, you may program it to brew coffee up to 24 hours beforehand.

Secondly, there’s the programmable timer that also has a neat auto-shutoff feature that triggers if the coffee machine has been sitting idle for 2 hours straight.

Then there are also two brew size options – single cup or carafe (up to 12 cups).

You also get a brilliant brew strength feature, letting you choose between regular or bold coffee for all you strong-coffee lovers out there.

And on top of that, there’s a 12-cup glass carafe included, making it ideal for the full pot brew size option.

Btw, something worth noting is that the Hamilton Beach 49980A coffee machine IS NOT compatible with K-Cups – it brews coffee only with disk-shaped soft coffee pods or ground coffee!

How Do You Make Coffee in a Hamilton Beach Coffee Maker?

Simple – you put some coffee inside, add water to the reservoir and hit Brew/Brew Now.

However, since Hamilton Beach offers quite a few different coffee makers, those particular steps might vary slightly.

Thus, I’ll list the instructions for several of the most popular Hamilton Beach units (including the legendary 49980A)… here we go!

How to Brew Coffee in the Hamilton Beach 49980a Coffeemaker:

^ Watch from 1:04 onwards for instructions!

How To Brew Coffee In The Hamilton Beach 49974 Single Serve Coffee Maker :

*Note: You can make coffee using the same steps for the Hamilton Beach 49975 coffee brewer !

How To Brew Coffee In The

Where Can You Find Hamilton Beach Coffee Maker Parts?

There are several places on the internet where you’ll find all kinds of parts for your Hamilton Beach coffee machine.

But arguably the most convenient and user-friendly place that offers plenty of parts for Hamilton Beach coffee makers is Amazon.

In fact, let me add a short list of some relevant Hamilton Beach coffee maker parts (including spare parts) that you can get your hands on:

What About the Best Hamilton Beach Coffee Maker 12 Cup Though?

That would be the Hamilton Beach (48464) 12-Cup, Programmable Brewstation Coffee Maker , based on the average rating, the overall number of reviews and price.

This 12-cup capacity coffee machine by Hamilton Beach has a very good rating as most of the users seem to give it a top rating.

Now, this is definitely a pretty straightforward 12 cup coffee machine without any particularly fancy features.

But it doesn’t actually need any since it just does what it’s supposed to – brew up to 12 cups of fresh coffee.

And I might actually shock you by mentioning it, but it’s been around since 2008, which speaks volumes about its timeless design and built quality.

The best Hamilton Beach 12 Cup unit (the 48464 model) is that it dispenses one cup at a time – even if it has the ability to brew as much as 12, 6-ounce cups of coffee if that’s what you want!

The system itself relies on an internal heater, which makes sure your coffee remains fresh and warm.

Actually, it can keep your java hot for0 up to four hours after it’s been initially brewed.

If you ask me, this more than makes up for any unnecessary bells and whistles!

In order to brew 12 cups, just fill the brew basket to the Max level.

And you’re also getting a removable, internal water tank for easy cleaning and filling. 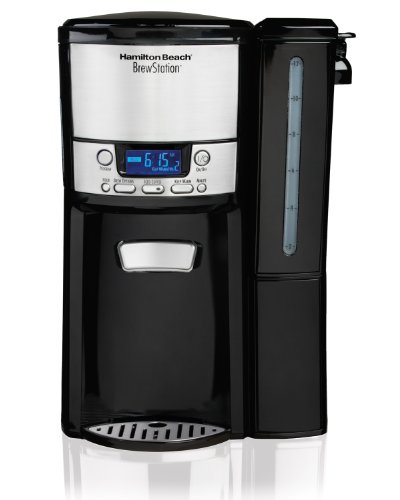 Is Hamilton Beach a Good Coffee Maker Then?

Yes, based on thousands of user reviews and ratings on Amazon, most Hamilton Beach coffee makers on the market are quite good.

Actually, the question should be are Hamilton Beach units any good… but that doesn’t matter since the answer to both would be yes!

Sure, we can now start arguing whether or not they’re better than say Keurig or Cuisinart, but that’s not the point of this article.

I just want to mention that after going through most of the popular Hamilton Beach units over at Amazon, I believe that they’re indeed quality coffee machines at affordable prices.

It’s obvious that the Hamilton Beach 49980A single-cup coffee machine  might very well be the best from brewer from Hamilton Beach’s extensive list of coffeemakers.

But by all means – their other coffee machines shouldn’t be neglected.

And don’t forget that this is a brand that’s been around since 1910 and their portfolio consists of all kinds of kitchen appliances – not just coffee makers.

But, tell me which of their coffee machines is the top of the top in your humble opinion?

Drop your answer in the comments below! 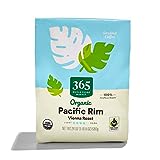